The state’s role in the U.S. economy has expanded dramatically under President Trump, even as he pushes China to exert less control.
BY KEITH JOHNSON | APRIL 5, 2019, 3:03 PM

But to do that, the Trump administration’s economic prescription is increasingly to turn its back on the free market and adopt an ever-growing role for the government in the day-to-day workings of the economy, a situation experts say is nearly without precedent in modern U.S. history.

Since taking office, Trump has unilaterally levied legally dubious tariffs on friends and rivals alike that have created distortions throughout the economy and forced many firms to beg the government for hard-to-get exclusions. When China retaliated against U.S. tariffs by boycotting U.S. farm goods, Trump used government money to bail out farmers.

He has sought, like mercantilists centuries ago, to manage trade at a government-to-government level; a big part of the looming China trade deal is expected to include Chinese commitments to purchase U.S. commodities. He is forcing companies to tear up their existing supply chains and make manufacturing more expensive. He has tried to interfere in the electricity sector by offering government support for politically favored sectors like coal.

Most recently, he has politicized the Federal Reserve, trying to influence its decisions on interest rates and the economy to serve partisan purposes. He is also trying to turn the famously independent monetary body into an appendix of the executive branch by nominating Trump supporters and Fed critics to the Federal Reserve’s board. He has also threatened to close the southern border entirely, sending shivers down the spine of thousands of American businesses that rely on seamless cross-border trade with Mexico.

The increased role of the government in the U.S. economy is jarring to see from a nominally Republican administration, especially one that rails against the supposed dangers of socialism as advocated by a growing number of Democratic lawmakers. It also goes beyond the flirtations with protectionism that marked the Ronald Reagan White House or the heavy-handed economic interventions of the Richard Nixon years.

“There actually is little U.S. precedent for this approach,” said Adam Posen, the president of the Peterson Institute for International Economics. “The current Trump combination of very arbitrary state intervention, with a lot of company and sector-specific discretion by the president regarding tariffs and which countries to hit, is out there on its own.”

Posen noted previous U.S. bouts of protectionism and state-directed investments in the 19th century. But he said the current administration’s economic nationalism, which mixes old-fashioned protectionism with “national security jingoism,” has uglier analogues than the Gilded Age.

“Mexico, Ireland, Spain, and Portugal all had pretty bad crises, but are not seeing this take hold as much or engender as much discretionary state intervention,” he said.

REPORT | KEITH JOHNSON
Rather, the Trump administration’s willingness to interfere with the free market is in many ways a natural consequence of the president’s economic nationalism. When the nation’s supposed interests are paramount, the state becomes the tool, and the market an obstacle to be overcome.

Traditional small-government conservatives, who have dominated the Republican Party in recent years, seek to make markets the arbiters and leave individuals and companies freedom to operate, with the government merely enforcing the rules of the road. Trump’s approach turns Republican orthodoxy on its head.

That helps explain why he embraces tariffs, like the threatened levies on imported cars, even when the industry he is allegedly protecting begs and pleads to be left alone. Or why he has maintained harmful and expensive tariffs on steel and aluminum imports that raise costs for nearly all U.S. manufacturers to benefit a tiny handful of metals producers. Or why he has tried to artificially prop up coal’s place in the energy mix, despite its lack of economic appeal for power producers.

“A small-government conservative would, say, set up a process that avoids the government picking winners and losers. He [Trump] wants to pick the winners and losers. He wants to be the guy who says ‘I delivered those jobs’ or ‘I saved those jobs,’” said Phil Levy, a former George W. Bush economic advisor and now a senior fellow on the economy at the Chicago Council on Global Affairs. “It’s antithetical to the whole mindset of small-government conservatives.”

But the turn toward statism isn’t just an idiosyncrasy of Trump’s. It reflects the wider administration’s belief that in today’s world, economic competition is a national—not just a corporate—endeavor, one that requires government, not just private sector, involvement.

Take the U.S. Export-Import Bank, an agency meant to help promote U.S. exports overseas. For years, Republicans attacked the bank as government welfare for big business and tried to starve it. While running for president, Trump also opposed the bank.

Now, though, a more activist state export bank is part of the administration’s toolkit to take on economies such as China’s where the state plays a much bigger role. Larry Kudlow, the chief White House economic advisor, said late last month that he generally frowns on government subsidies for business but supports a bigger role for the Export-Import Bank to compete with China. Peter Navarro, a White House trade and economic advisor, also said that the government needs to put its thumb on the scales if the United States is to compete with other big economies.

“Here’s another brutal truth: The fight for exports in world markets is no longer just company versus company. It is also country versus country,” he wrote in a recent op-ed.

How has Trump’s statist approach to the economy managed to prevail with Republicans in charge of Congress for the first two years of his administration? On the one hand, Trump offered Republicans victories on many bread-and-butter issues they craved, including tax cuts and regulatory cutbacks across the board, in addition to a pair of conservative Supreme Court justices. Those Republican wins overshadowed the lurch away from market economics.

At the same time, Trump and others in the administration have often suggested that they are actually free traders and would prefer less of a state role in the economy. Trump himself sometimes talks of slashing tariffs to zero if other countries do, and surrogates continue to peddle the notion that Trump ultimately seeks free trade. But his own statements and policies suggest otherwise. Trump has insisted that he likes tariffs, has repeatedly abused national security provisions to levy trade restrictions, and has refused to lift tariffs on other countries—most notably Canada and Mexico—even after they’ve done his bidding.

Those rhetorical bones tossed toward orthodox Republican economic views, Levy said, managed to keep opposition from within the party at bay for most of the past two years.

“People actually believed it, and that papered over the differences,” he said. More recently, however, Congress has begun pushing back against some of Trump’s protectionist policies, with momentum growing in the Senate to rein in the president’s ability to unilaterally levy tariffs on specious national security grounds.

A bigger question is how the administration hopes to pressure Beijing into lessening the role of the state in the economy and embracing the market when Washington is moving in exactly the opposite direction. Far from beating them, the administration’s economic policy seems to be to joining them.

“The complaints about Chinese support of state-owned enterprises and other state intervention is blatantly hypocritical,” said Posen, but Trump administration officials say they have to borrow from the Chinese playbook to compete. “Advocates in the Trump administration and elsewhere say that an equal response is forced upon the U.S. to cope with this” challenge from China’s state-directed economy, Posen said.

With Trump’s Republican Party embracing a bigger government role in the economy at the expense of the market, what does that mean for future U.S. economic policies? Democrats, including lawmakers such as New York Rep. Alexandria Ocasio-Cortez and presidential candidates such as Massachusetts Sen. Elizabeth Warren, already unabashedly advocate a greater government role to address economic ills.

Posen sees Republicans, even after the era of Trump, returning to their roots—and no, not free trade or a hands-off approach to the economy.

“From the early 19th century until Reagan, the Republican Party was more protectionist than not,” he said. The current electoral shift toward more rural voters skeptical of globalization and free trade will likely reinforce that tendency for the state to displace the market.

“I think it is likely to last in the Republican Party for a while,” Posen said.

END_OF_DOCUMENT_TOKEN_TO_BE_REPLACED 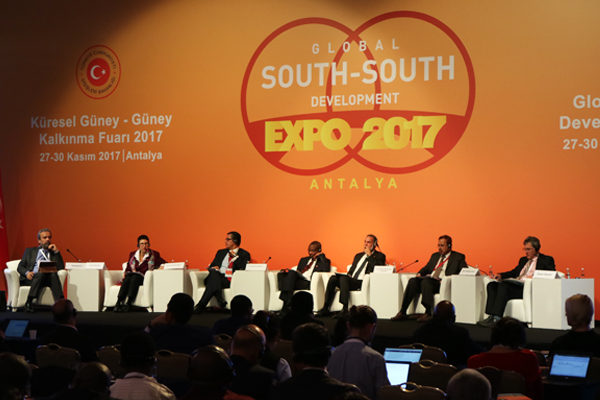